When I first started dating, I believed attraction was an art. A beautiful mosaic that two people painted together, each with their unique brush strokes and favorite hues. I still believe this to some degree. It’s two intricate, complex humans coming together to create something equally intricate and complex.

This view of attraction as art suited me in the early years. I was never much of a math/science person. I naturally gravitated towards the humanities and would run rapidly from anything that required small numbers in even tinier boxes (hello, excel!).

But as I started dating more and reflecting on those experiences, I came to a critical realization: there are more patterns in attraction than I originally realized. If I did certain things, the guy would disappear, guaranteed. If I did other things, the guy would chase me, hard. The inverse was also true. If a guy did certain things, I would be very interested. If he did other things, I would Check please! quicker than a Scaramucci. There’s a level of predictability to interest, which, in turn, challenged my original hypothesis. Attraction is just as much science as it is art, maybe even more so.

Men, don’t miss this. It’s less about your looks or your paycheck and more about how you make her feel. Your affection has the power to make a woman shine. Be liberal with it. She will blossom under the sun of your interest & shade of your presence. And that’s not to say women can’t bloom without a partner. That’s not it. It’s that there’s a certain type of illumination unique to a woman basking in the rays of a man’s fascination. It’s breathtaking.

And the speaker was more than just fascinated. He was fascinating. He was changing lives through his public speaking career. He was charismatic and captivating. He was living out his value system. He was community-driven and purpose-driven. He was someone she could admire and respect.

I would often look at couples who had been together for decades and were still taken with each other, and compare them to those cheerless couples that make observers want to run from commitment, and wonder how the same situation — years in a relationship — could produce totally different outcomes. I don’t wonder anymore. It’s the science of interest. Smitten couples are doing the work of fascination. That is it. They are still interested and show it, they are still interesting and live it. That’s the magic sauce.

When I see couples like that it inspires me to hold out for the real thing. And validates every past decision not to settle for something less than. 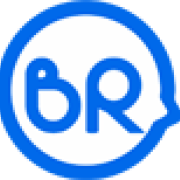 Going Bald Taught Me Not to Care About Stupid Shit

Is the Natural Hair Movement Coming to an End?